An appreciation of our past, Community in the present, and Preservation for the Future.
There was no executive meeting.


Regular meeting started around 7:31.  Prior to the meeting Adele re-mentioned members who are in our prayers.  Paul B., Jim P., Ron E., Bill R., Anne G.,. She asked if anyone else should be on this list. Someone mentioned that John C has passed.

The previous minutes are on the website.  All accepted.

As of this meeting there are 89 regular paid members.

The Treasurer's report stated that there was a $45 charge that was paid.  John made a motion to make the payment and June seconded.  All AYE.

Correspondence - little notes were sent to the prayer list people.

Program Committee - no report at this time

Scholarship ceremony was very poorly attended.  there was over $600,000 given out to students in the Southern Regional community.

Our previous month's meeting - Sheep to Shawl was warmly appreciated by all that attended.  Mention of having them return is a strong possibility.  There would be a fee for the entire program and it would last about 2 hours.

Our memories stories, we now have 5 stories.  Keep them coming in.

The Brochure that we voted on at the last meeting is still under development.

Sandy's Trip Plans were shared in the email sent to members by Adele and Linda.  The information was also shared with the Friends of the Library in Waretown.

Our next meeting would be on Easter Monday, April 18th.  Many members will be away.  Ron made a motion to cancel, and John P. seconded.

The town-wide Easter egg hunt is back this year on April 10th and our museum will be open during that time.  We need at least 3 docents.  Joan, Linda, Ron will be there at the beginning.  Joan maybe later.

Veteran's Memorial is opening on May 1st at 1:00pm.

The Flag program headed up by John P. is getting the letters ready, the holders are getting fixed.  Some suggestions for new members was made.

The Trustees reported a piece of the fascia in the front of the museum has fallen off.  It needs to get put back on.  A suggestion was made to contact Roofs for cheap and Matt Ambrosia.

New Aquistion:  a Tin Type from Sandy G, and a "box" from Linda B. that was found inside Red Men's Hall when she purchased the property in 1985. (house circa 1850)
The Waretown Police Force is added to the FORD Calendar for 2022.

Announcements:  Tim H. from Ocean County Historical Society Representative to come here and meet with us about a possible grant.

Sandy made a motion to adjourn.  Joan seconded.

This month's mini program was by Linda B.. She was a Family and Consumer Sciences teacher for over 40 years, (formerly known as Home Economics).  She demonstrated and displayed many of the kitchen items from the Home area in our museum. A more intense writing of all of her comments will be posted shortly and can also be found at the museum in the Home area. 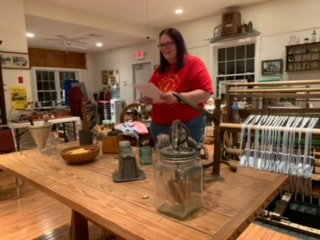 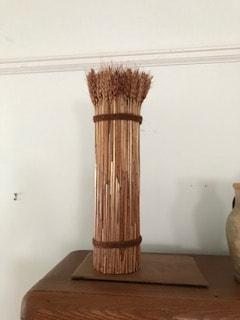 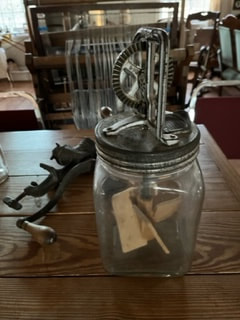 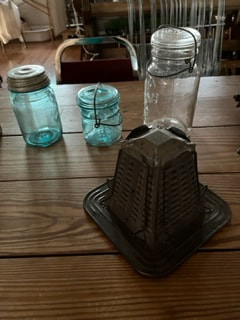 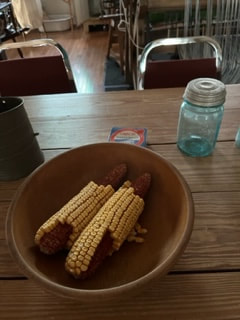 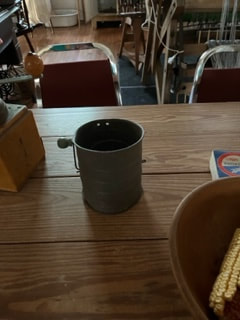 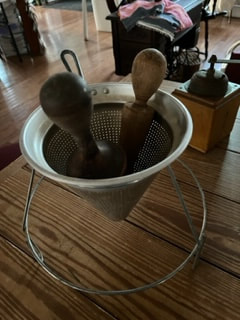 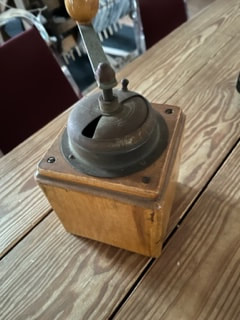 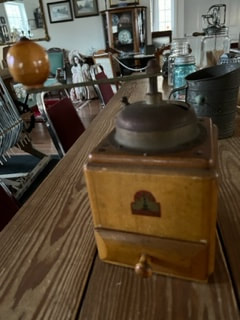 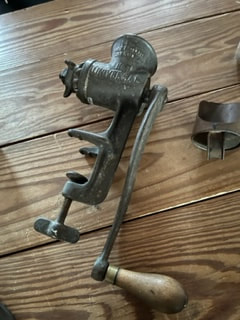 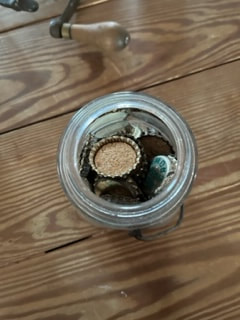